Hold On To Your Butts 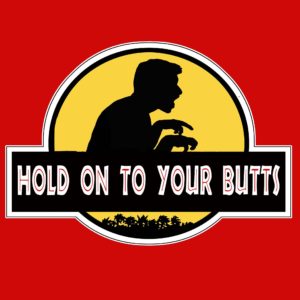 “Hold On To Your Butts” is a live action, shot-for-shot parody of Jurassic Park performed by just two actors and a foley artist. 65 million years ago, dinosaurs ruled the earth…25 years ago, a movie about dinosaurs came out that ruled the box office. Now Loud And Fast Funny (LAFF) Shows present this acclaimed comedy co-created and originally performed by Indianapolis-native Nick Abeel and his fellow artists of New York City’s Recent Cutbacks. For many millennials, their one nostalgia flick, the one favorite movie from their youth with an epic story, special effects, and iconic score is Jurassic Park, which has remained the gold standard of dinosaur flicks for the past 25 years. Part spoof, part tribute, this highly theatrical parody is intensely physical, imaginative, and silly, using only specific costume pieces and rudimentary props to recreate iconic moments from the film, all in about an hour.

Find us on social media!